This product is designed to work with common ZigBee devices. The gateway is based on the controller ESP32 from Espressif. The tandem of chips from Texas Instruments ZIgbee CC2538 and amplifier CC2592

The gateway acts as the coordinator of Zigbee and allows you to:

1) Use most of the available Zigbee equipment. A list of supported and tested equipment is available at link. New equipment may be added after discussion with us.

2) Abandon the need to use cloud device manufacturers. As an alternative, it is proposed to use the cloud service Smart Logic System, or native applications for Android and Apple iPhone (under development).

3) Use common local automation systems, such as MajorDomo, ioBroker Smarthome, HomeAssistant, Node-Red, etc. For integration with these systems, the MQTT protocol is used. The structure of the MQTT protocol topics is identical to the zigbee2mqtt project, therefore, to use and integrate the gateway, there is no need to learn the scripting languages ​​of the above systems, since the protocol is basically already available using extension modules.

The device can be assembled independently, or purchased on the Telegram 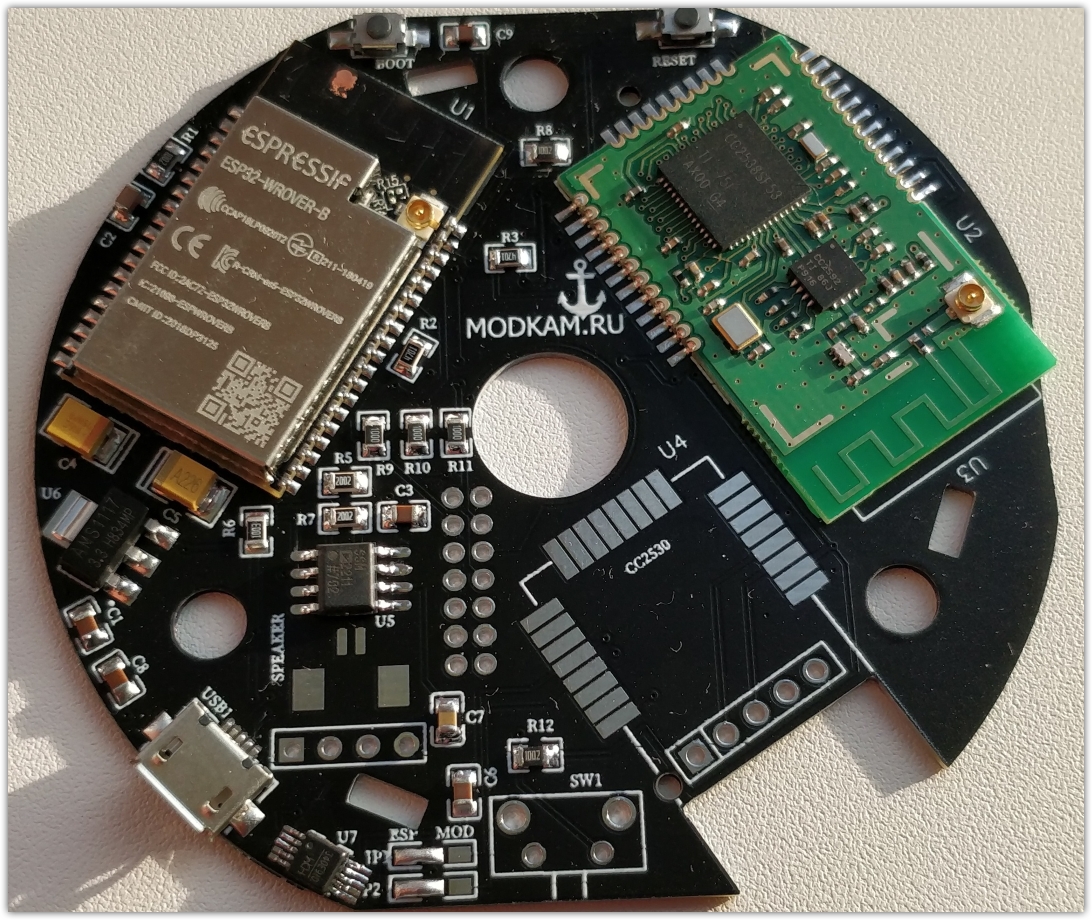 For firmware, run the appropriate batch file from the archive. At the first start, an access point is created with a name of the form zgwABCD, without a password. After connecting to it, the settings page automatically opens (if it didn’t open, you can go to the address 192.168.1.1) and register the connection to the access point and to the MQTT server (but you can also specify it later), press reboot and the gateway will connect to the access point and will start sending messages to MQTT. In case of problems with access to the captive portal, it is recommended to disable GPRS on Android smartphones. Firmware update can be done through the Web interface of the application.

Note: there are two firmware versions, for chips with 4mb and 16mb FLASH RAM. Versions are distinguished by the ability to update via OTA.

Thanks to the use of the MQTT protocol, the SLS ZG gateway can be integrated with any local or cloud automation system. The structure of topics almost completely repeats zigbee2mqtt. For ease of use, many drivers or integration modules have been developed for many systems.

Integration with Node-Red (under development)

Integration with IObroker (under development)

Integration with Alice Yandex (under development)

Integration with Google Home (under construction)

Integration with HomeKit (under development)

Integration with Domoticz (under development)

Official chat of the project

How to build a gateway yourself